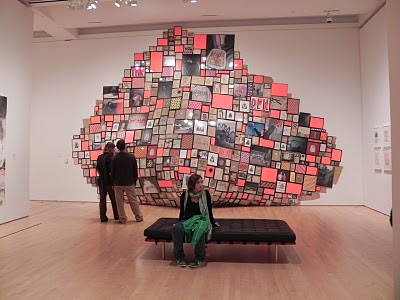 SAN FRANCISCO — Crystal chandeliers hanging from a glass dome ceiling evoke an era when kings, queens and heads of state dined in the Palace Hotel's Garden Court restaurant.
The tab for lunch can easily reach $40 a person, likely more for those who splurge on scallops or steak.
How was it then that two of us ate here for $19.09 each, including a 90-minute tour through hallways, rooms and bars decorated with marble and brass?
Four-star San Francisco on a two-star budget was my mission. The Palace's "Historic Lunch and Tour" special offered Tuesdays, Thursdays and Saturdays, part of an extended celebration of the hotel's 100th anniversary, was part of the plan.
World-class museums, oysters by the bay, ethnic neighborhoods. San Francisco has it all. A weekend escape will surely steal your heart, but it doesn't have to empty your wallet.
Affordable luxuries await those skilled in the art of penny-pinching without the pain. Read how to do it here.
Posted by Carol Pucci at 7:08 AM