Emirates from Seattle to Dubai: Even in coach, service is first-class 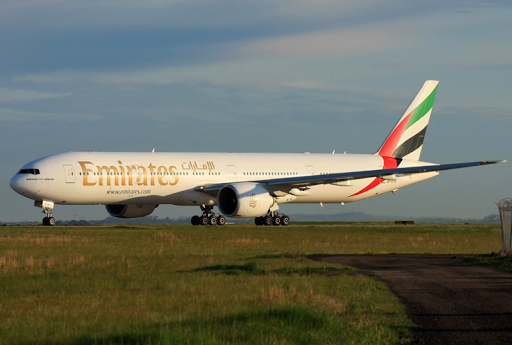 Emirates 777 vs A380 First Class. Which is better? That was a question posed by a blogger who flew both recently on nonstops to Dubai from Los Angeles (Airbus A330) and Seattle (Boeing 777-300ER).

At a fare of $16,000 for a first-class seat vs. the $1,000 I paid for an economy couch seat on my first Emirates flight, I don't have the answer, but I can say even the lowest tier seating on Emirates' 777-300ER is better than almost anything I've experienced on another airline.

Making the decision to scrap elite status on Delta next year for the freedom of finding better, cheaper connections almost anywhere, my husband and I took advantage of the chance  to earn miles on Alaska Airlines  by flying with partner Emirates  nonstop from Seattle to Dubai (14 hours) in the UAE, with onward connections to Rangon in Myanmar.

No free Dom Perignon or showers at 40,000 feet for us - Those are for reserved for A380 customers in first-class, enclosed private suites.. We could have purchased a glass of Monet for $25, but no reason to considering the wine was was free and plentiful. Seat pitch (32) and width (17) seemed about average, but lumbar support was excellent and legroom felt roomier than usual. The biggest difference was the quality of the seats. Coverings were made from a breathable, upholstered material. For some reason, our flight was half-full, even though the plane coming from Dubai was overbooked.  First and business class didn't appear to be filled.  l had three seats to myself including the aisle, pure luxury on a long-haul flight. 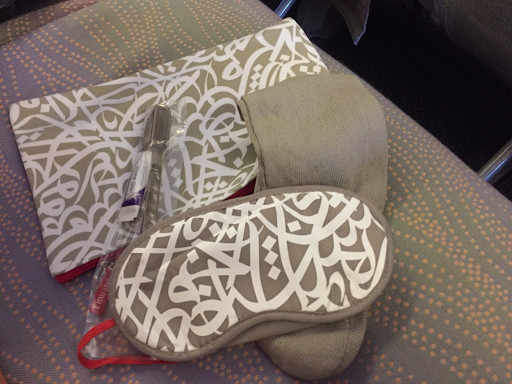 First class amenities include pajamas, slippers, and BVLGARI amenity kits. In economy, we received heavy-duty, padded headsets; a little pouch with eye shades, toothbrush, toothpaste, socks and ear plugs; and fleece blankets made from recycled plastic bottles - much softer and fluffier than the standard-issue thin polyester blankets most airlines provide.

We were able to check in online, but not get our boarding pass until we arrived at the airport where passports could be scanned. Emirates is not a member of TSA's PreCheck program, so for the first time in a few years, we weren't able to use the special no-hassle security lines where inspectors don;t require passengers to take off shoes, belts, remove liquids and laptops etc. Checked baggage allotments are generous - two bags per person for a total of 77 pounds- but carry-on rules (15 pounds maximum weight in economy)  mean that most bags have to be checked. Overhead bins were large, but a bit hard to reach. Our flight attendants were a diverse group of men and women fluent in 18 languages, and representing 16  nationalities, a reflection of Dubai'spopulation itself   which is about 80 percent foreign/non-Emirati. The attendant in our cabin was Mexican from Guadalajara who has been working for Emirates for about a year and a half.

All meals are halal, following Muslim guidelines. Lunch was a vegetable salad with potatoes, green beans and olives; and a choice of chicken with saffron tomato sauce; lamb kofta, vegetarian mushroom and corn masala with Indian dal and cashew nuts; and raspberry cheese cake. A kitchen between the first and second Economy cabins stocked fresh fruit, Dove dark chocolate bars, juice, water and coffee for the taking anytime. Breakfast was fresh fruit, choice of cheese omelette, a pepper and potato fritter or green pea poha with flattened rice (No idea what this was, sorry) and a croissant. I'd rate the meals average, nothing special, but there were a few nice touches such as real metal cutlery and small individual cans of tonic water, soda etc. The timing seemed off a bit, considering we left Seattle at 9 a.m. (9 p.m. in Dubai), and lunch was served an hour after take-off.. It dawned on me that there was no need to reset my watch. Dubai is exactly 12 hours ahead of West Coast time. 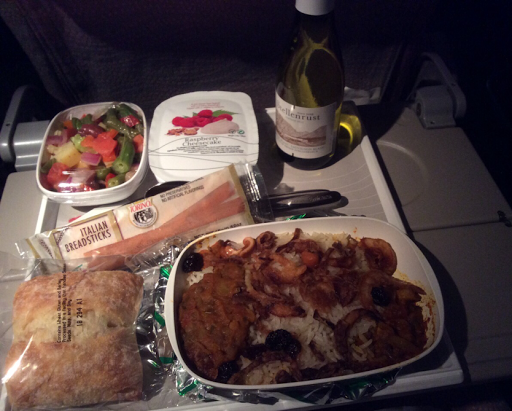 Emirates helps even economy class passengers make the best of 14 hours in the air. Wi-Fi is free, with 10MB of data (that’s enough to search, send emails and update Facebook). For  $1,  we were able to  upgrade to 500MB, enough to stay connected throughout the  flight. Why bother with $1? I'm not sure, but it was easy enough to pay online with a credit card once we were airborne, then access e-mail, Facebook, the Web etc.

No in-flight magazines in the seat pocket, but there were free copies of the Wall Street Journal and Financial Times. The Emirates entertainment system which is  known as ICE (Information, Communication and Entertainment).  was voted as the best aviation entertainment system in the world
in 2013 and 2014 by Skytrax. 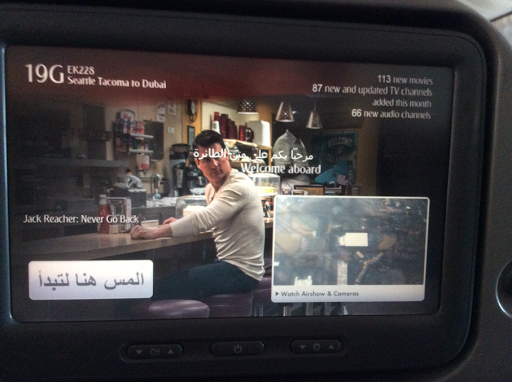 Emirates advertises it has 2,500 options for movies, music, TV series and games. Movies numbered around 100, including some Disney classics,  Arabic movies, classics and kid flicks, but oddly, few current, first-run films.. I took the selection offered has an opportunity to view a few movies I''d never seen including Papa Hemingway in Cuba and the Cafe  Society (I passed on Elvis and Nixon). Live TV channels included CNN, BBC, CNBC, Aljazeera in English, but no Fox News. One of the most entertaining "channels" was a promotional audio feed on medical tourism in Dubai, with tips on how to combine a face lift or hip replacement with a family beach holiday in an all-in-one "medical package."

So back to the question about which aircraft has the best first-class. Sea-Tac Airport can't yet handle the A380, so Emirates flies two nonstops daily using the 777. The blogger, writing on BoardingArea.com, pointed out that most people would naturally choose the A380 first class over the 777, but for what reasons?

"What the A380 definitely has working against it is that it has 14 first class seats, so the cabin is almost double the size of the 777. That means (at least in theory) that service won’t be as attentive and the cabin doesn’t feel quite as exclusive."

Some advantages, however, outweigh those negatives - the bar in back of business class, a small walk-up bar at the front of first-class, a considerably quieter and smoother ride, and faster wi-fi.  I have a friend who flew from Seattle to Los Angeles just to take the A380 first-class service to Dubai. He used his Alaska Air miles for the flight, and was not unhappy with his private suite and free-flowing Dom. Nice if you can swing it. Otherwise, sit back and enjoy the $1 wi-fi and miniature bottles of Chenin-Blanc in Economy, knowing you'll have a few dollars extra to spend on that face lift. 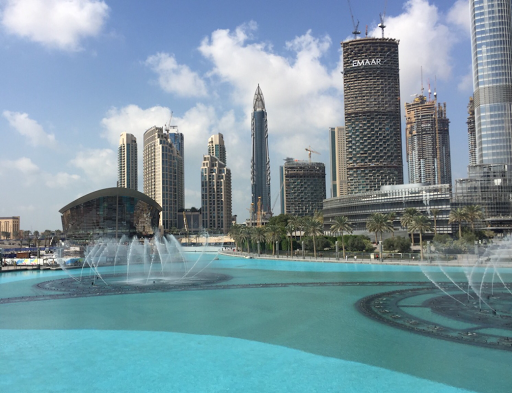