Savoring the local life in Lille 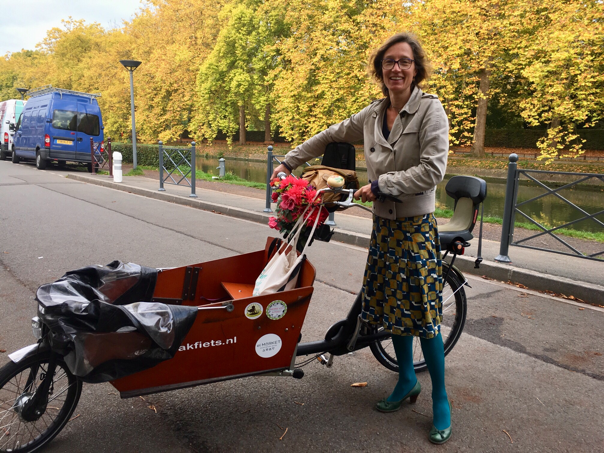 Taking a bike ride with a local guide is one of the best ways I know to get the feel of a new city. Nothing seems as far away on a bike as it does on foot, and if you're lucky,  she or he will share tips on favorite places to eat, museums to visit and short-cuts that save precious steps when you're out sightseeing on your own. Sign up for a group tour, and you may even score a private guide as I diid on my first visit to Lille, a city in Northern France near the border with Belgium, an hour's train ride from Paris.
I signed on for a tour with a company called Le Grand Huit, but it turned out to be a slow Friday. I was their only customer. Instead of cancelling, my guide, Frédérique Lamoureux, above, treated me to a 2.5-hour, one-on-one ride on a sunny fall morning. We road along riverside bike paths, dedicated bike lanes and cobbled streets. Flemish before it became French in 17th century, Lille has a different feel than other French towns.Think beer instead of wine, strong cheeses, waffles and architecture reminiscent of what you might see in Brussels or Amsterdam.
Just as interesting as riding around town with Frédérique was learning a bit about local life. She is the mother of three girls, ages 3, 5 and 7, and uses her Dutch bike to carry all three, although the seven-year-old now often rides on her own. Each morning, she and other mothers take thier children to school in what they call the "bike bus," a caravan of kids and mothers riding together. At 41, she recently started working again after taking a government-funded, two-year maternity leave.
Frédérique pointed out that Lille was originally an island bisected by canals and rivers, now mostly filled in with buildings. Most visitors stay in Vieux Lille, the picturesque old quarter, filled with quaint restaurants and bars, but also lots of tourists. Neatly-planned row houses reflect laws that required new owners to copy the styles of their neighbors. Not everyone follows those rules today. Note the tiny pink ball in the left corner of the photo below on the Place de Theatre, one of Vieux Lille's two main squares. The owner of a lingerie shop painted one of the original cannonballs built into the facade of his building pink to resemble a woman's breast. 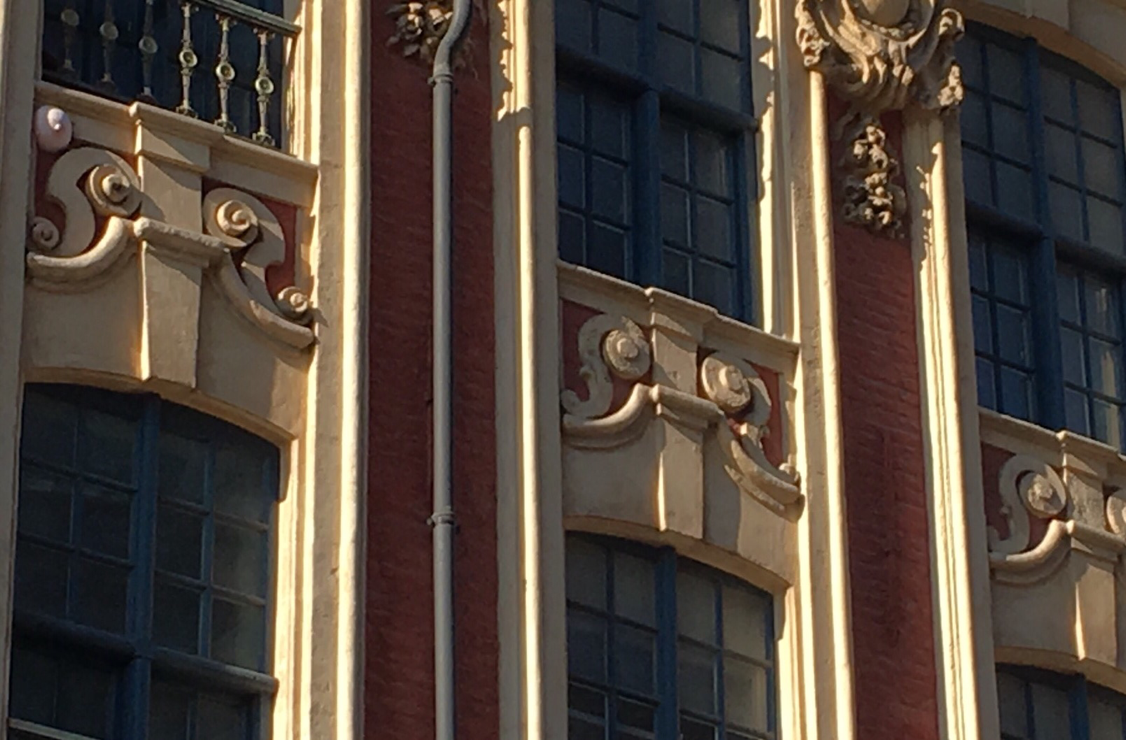 I booked a B&B (a room on the top floor, six flights, 60 steps up from ground level, no elevator) in 19th century Lille, the expanded new city about a mile away from the old town. I was disappointed at first that I hadn't found a room in the Vieux Lille, but staying in a local neighborhood turned out to be a great choice. Vietnamese, Cambodian, Moroccan and Indian restaurants lined little side streets, along with inexpensive French bistros.  My hostess at L'Art de Vivre B&B served local cheese, croissants, yougurt, fruit and homemade jams at breakfast, leaving me no room for lunch. At the Saturday market a few blocks away, farmers set out bottles of homemade pear and apple cider and rows of giant cauliflowers. Cheese trucks and olive trucks shared a parking lot with vendors selling mattresses and sweaters. 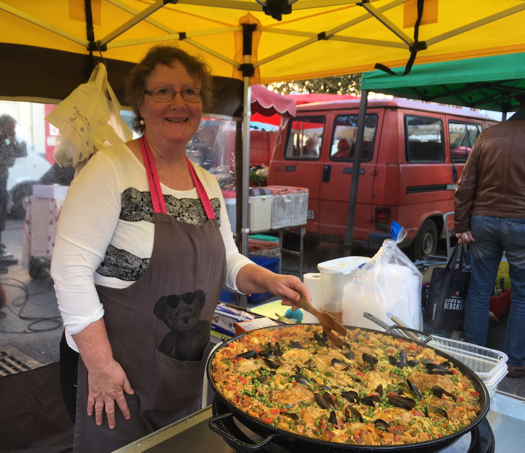 Lille has many fine museums, including a massive fine arts museum, the Palais des Beaux-Arts, and a small museum devoted to Louis Pasteur who came to Lille at the behest of brewers to work on the study of fermentation. One afternoon, on Frédérique's advice, I took the metro (Lille's system is driverless, which locals like to say is immune to strikes) to the town of Roubaix.  It's a short walk from the station to La Piscine (French for swimming pool), a museum of art and industry, in an Art Deco building on the site of a former community swimming pool. Architects incorporated water features and shower cabins into display spaces, and used old bath tubs to house the museum's fine art collection. 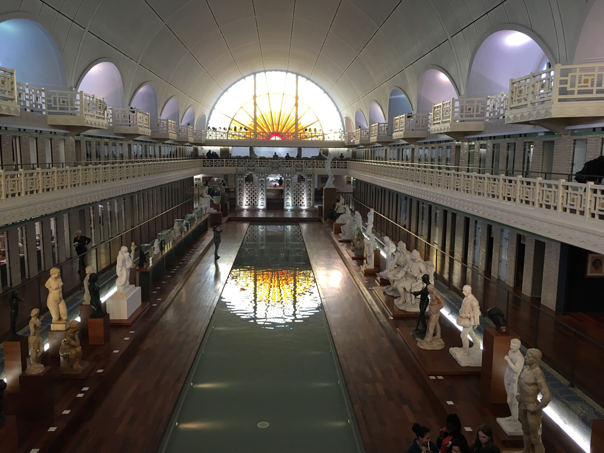 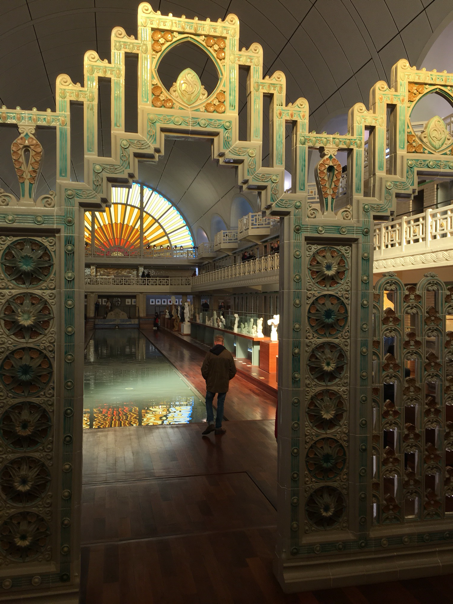 Like Paris, Lille has its share of American-style fast-food restaurants and coffee shops. I was disappointed to see a cafe on Place du General-de-Gaulle serving coffee in paper cups. Worse was the prospect of a "FIve Guys" burger chain due to open soon on a main pedestrian street. 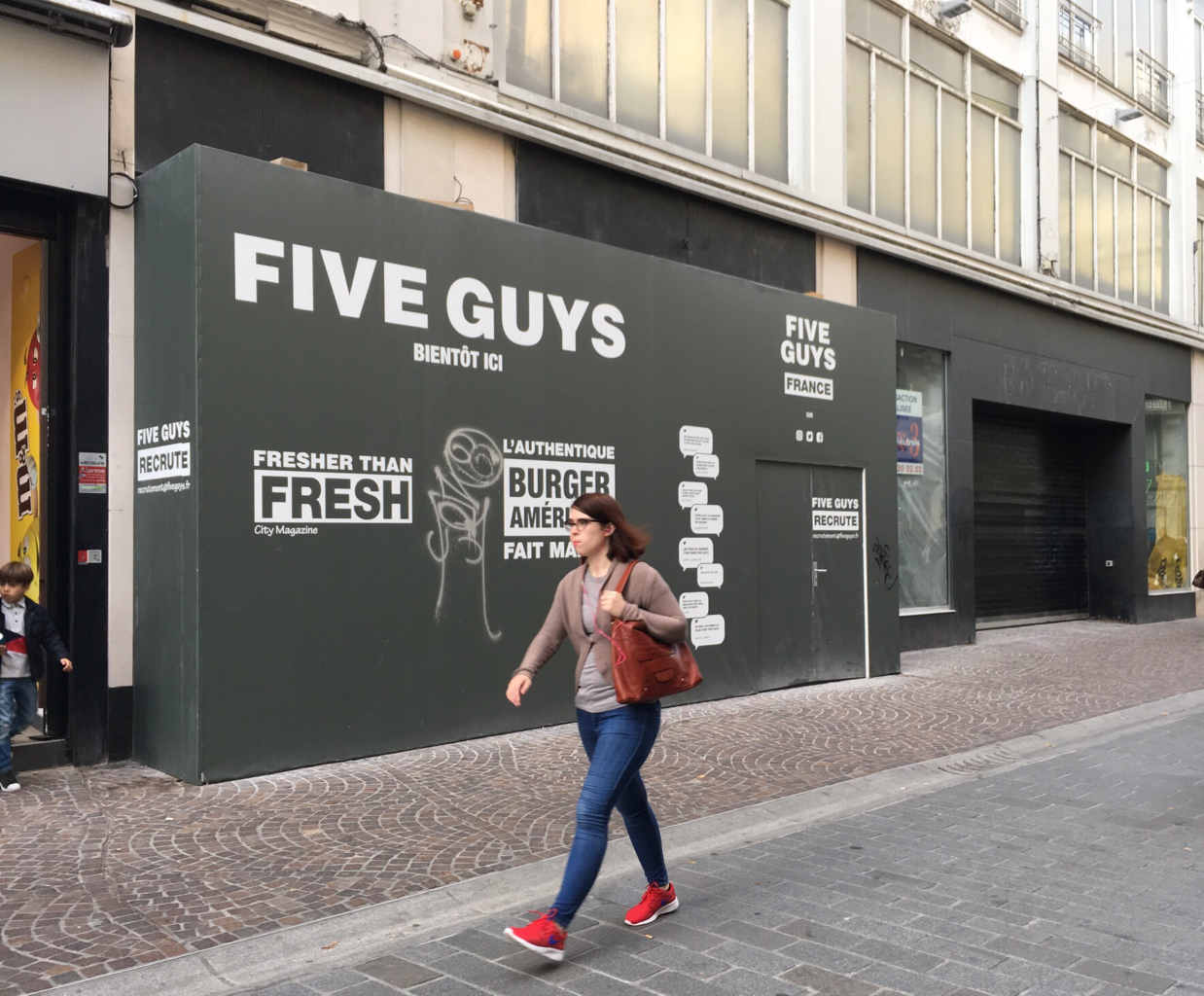 Why this when I found in my own neighborhood excellent food, served at charming little bistros brimming with local ambience. At Le Chat Dans L'Horloge (The Cat in the Clock), I sat at a little wooden table next to a wall decorated with copper pans and old magazine covers. The night's fixed-price special was a creamy goat cheese tarte, steak frites and a glass of wine for  $17. 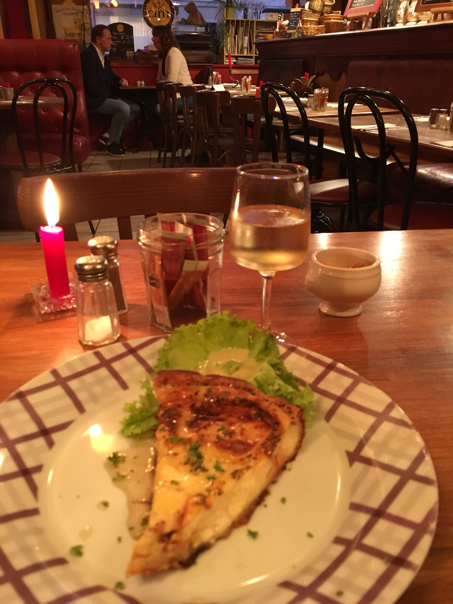 The next night it was a chicken tangine with pears, almonds and orange-flavored honey at Le Souk, a Moroccan restaurant that even on a Saturday night was quiet and uncrowded. The bill, with a small pitcher of white wine, was $19. Meanwhile, the guys at Five Guys must be onto something. A friend reports a 45-minute wait at the chain's new location in Paris.
Posted by Carol Pucci at 12:27 PM