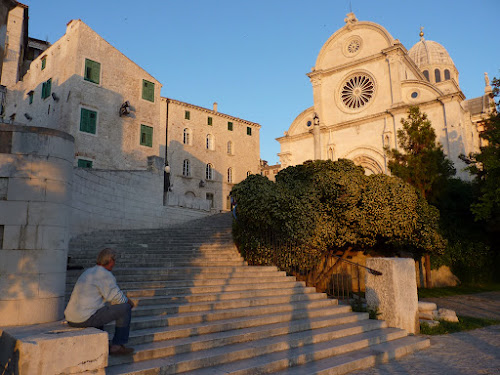 Every once and a while a traveler gets lucky and finds a little gem of a town that the guidebooks manage to skim over or leave out all together. Sibenik is one of those towns. Of course, it pays if you know someone whose name is Lucky.

We were looking for a small-town coastal stop between Zagreb and Split, and discovered Sibenik, a mostly pedestrian waterfront town with a Medieval town center developed by the Venetians in the 15th century. It's been easy to meet people here, thanks, as usual, to where we're staying - an apartment managed by owners of the local a hostel, Hostel Indigo - rather than a hotel. 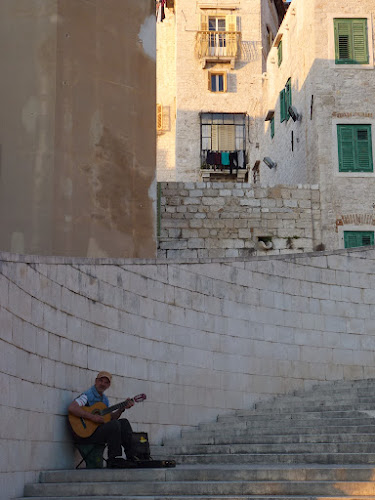 Maybe the reason Sibenik doesn't make it into the guidebooks is that there are no big resorts - fine with us - and few places to stay within the oldest part of the city. I found Hostel Indigo on the Web and wrote to ask about the possibility of a private room. The owner, Lucky Ujevic (His Croatian name translates into Lucky in English, so this is what he uses) wrote back and offered a newly-renovated apartment next door to the hostel in an old stone building on a street too narrow for cars. 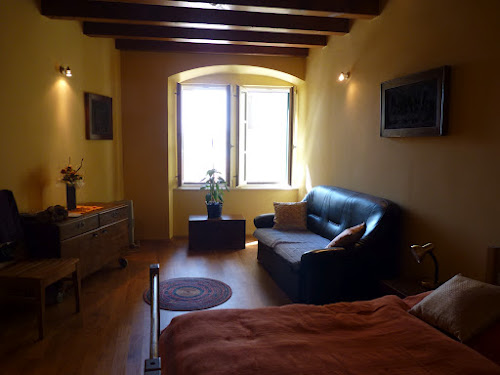 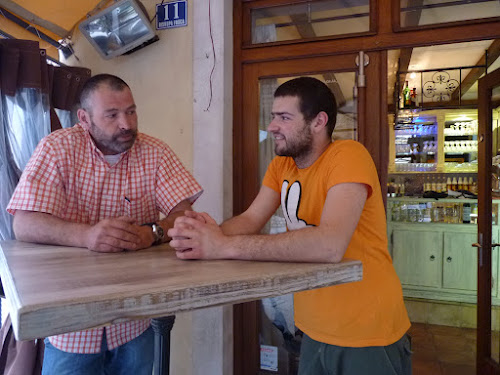 Lucky is a former journalism teacher, and he and his wife, Nina, and their son, Lorenzo, are great examples of Croatian entrepreneurship. The Indigo, with four rooms (four bunkbeds in each), has been around for about a year. Business must be good because Lucky, above on the left, recently opened another hostel, The Globe, next to the bus station. Lorenzo, above on the right, along with helpers Ivan and Maja, runs the Nostalgia Cafe, a cozy place with an outdoor courtyard where we had our best meal yet - fried sardines, grilled mussels, grilled meats, vegetables and the local white wine - all for about $30. 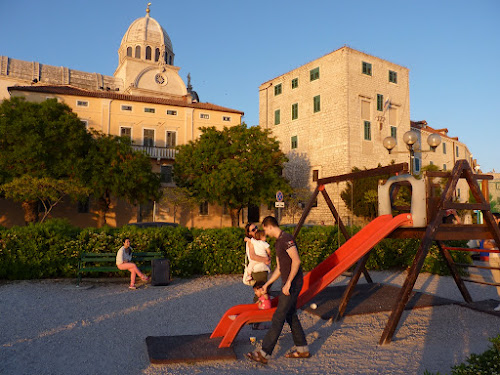 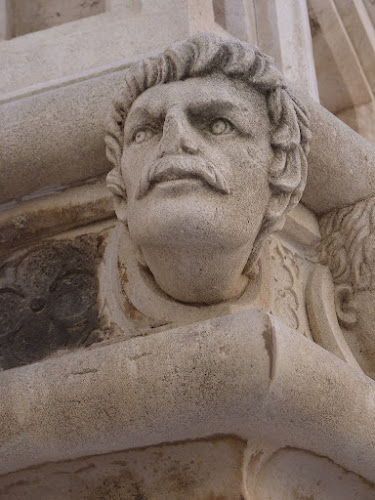 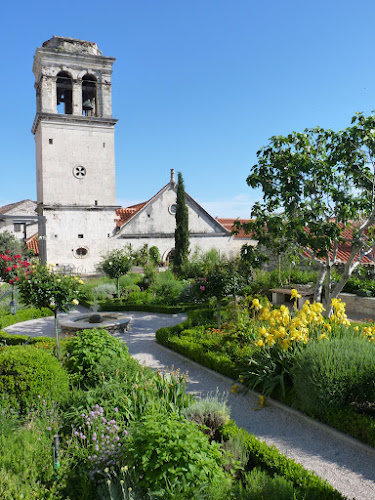 The town is beautiful, with its little waterfront cafes, preserved churches, a Venetian town hall, monasteries and a web of stone alleyways leading to the ruins of a castle overlooking the sea. The old streets and alleys are paved mainly of stone worn smooth over the years. As always, however, it's the people that make Sibenik special. Most everyone speaks English, so it's easy to communicate, and since tourist season hasn't yet kicked in, the locals seem relaxed and have time to talk. 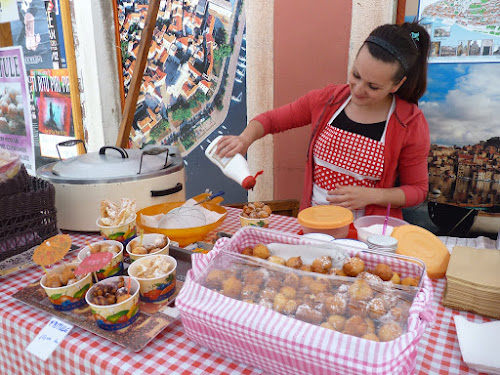 This is Martina Goreta who makes and sells fritule, little donuts flavored with chocolate, cinnamon or marmalade. She starts around 9 a.m. and finishes around 9 p.m., a pretty typical workday, especially in-season when the whole coast will be much busier than it is now. We arrived on a Saturday afternoon when most of the businesses were closing for the weekend, but there are some interesting shops here including one selling religious icons and another some very creative wearable art clothing handmade by the owner. 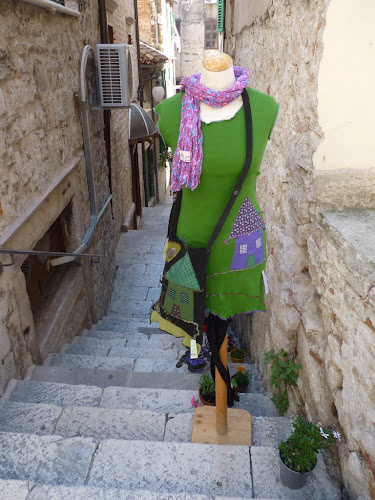 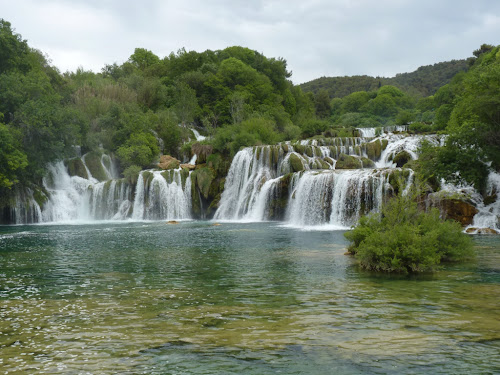 Sibenik is a convenient base for exploring Krka National Park, twenty minutes away by bus. We left early and spent a day walking and hiking along the Krka River. The waterfalls here are amazing, and unlike Plitvice, it's possible to get very close to cascading water almost eveywhere you walk. 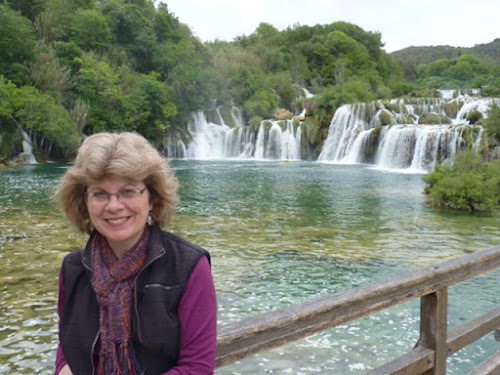 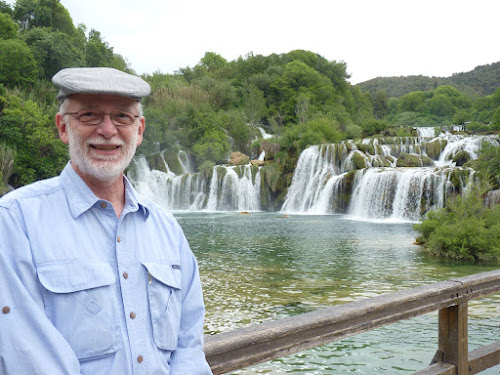 Krka was the site of a hydroelectric dam that began production in 1895, and up until the 1980s, some locals still used the falls as natural washing machines. People argue about which is best, Plitvice or Krka, but they're very different, and both are worth visiting for anyone who has the time. 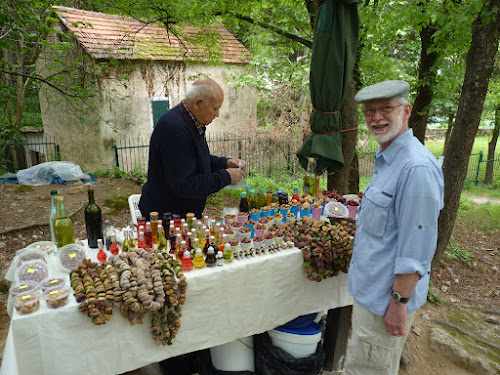 We bought a cup of cherries from this man who had a stand set up on one of the trail. If we didn't have to worry about the liquids ban in our carry-ons, we would have bought some of his homeade fig and almond schnapps.

Needless to say, we're working up an appetite doing all of this hiking. Dinner was sea bass, local lamb and grilled vegetables on the terrace of Gradska Straza, another one of those Sibenik finds the guidebooks seem to have missed. 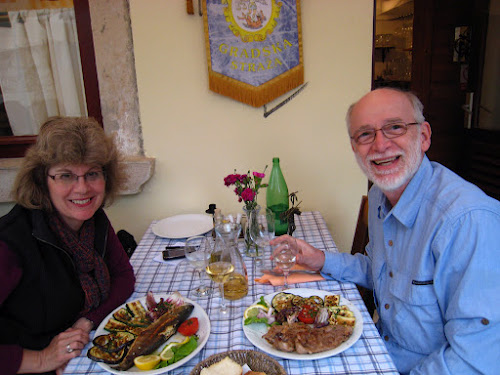 Here's a link to our photo gallery

Next: Off to Split