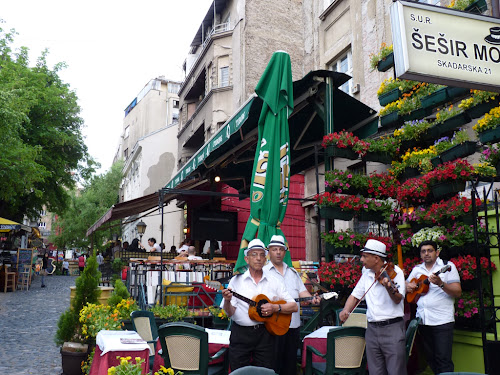 We've been surprised how much art and music we've found in Belgrade, mostly by wandering the streets and popping into free gallery exhibitions, churches and museums. Our innkeeper, Mira, told us she would come to this street, called Skadarska, every evening after her theater peformances. She and her fellow actors would unwind over drinks and dinner followed by singing and poetry readings.
Skadarska's bohemian-style restaurants seem to mostly cater to tourists, but it's a fun atmosphere that picks up as the evening goes on. These musicians drew us into a placed called "My Hat'' where we ate salad, grilled vegies, a whole trout, the ever-present Ajvar, wine and water for around $25, about what we've been spending each night in a nice restaurant, often with a free dessert thrown in. 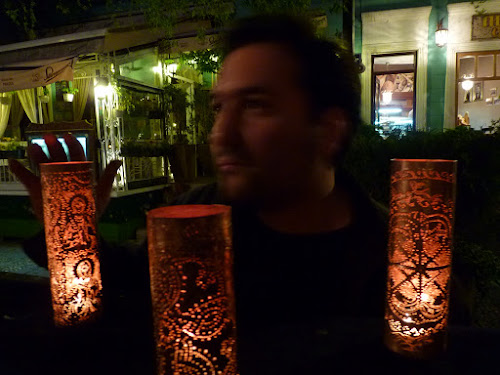 We stopped after dinner to take a look at this man's art set up on the sidewalk. He creates designs by punching holes in thin sheets of copper, wraps them around beer bottles, then seals the edges to create lanterns lighted with tea lights. Each has a story, mostly religious or historical. 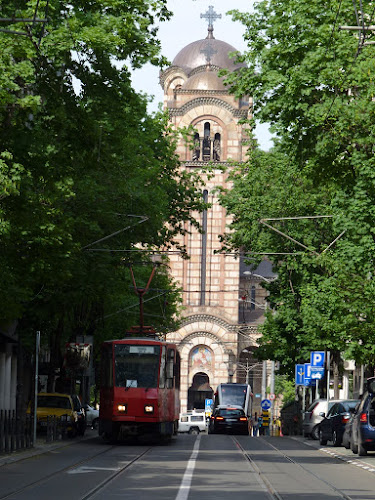 Serbia was occupied by the Ottoman Turks starting in the mid-16th century, but unlike some cities in the Balkans, such as Skopje in Macedonia where we're going next, only one mosque remains out of 160 that were built. Most people are Serbian Orthodox and attend services in churches decorated inside with elaborate icons. The priests, always bearded, are very photogenic. 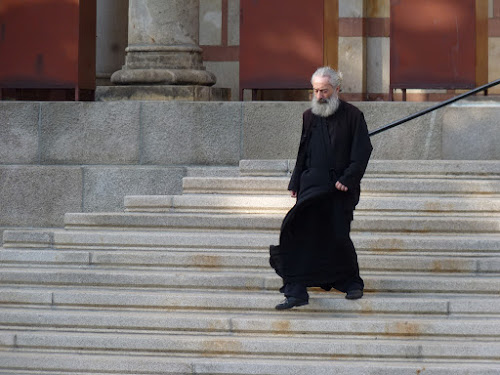 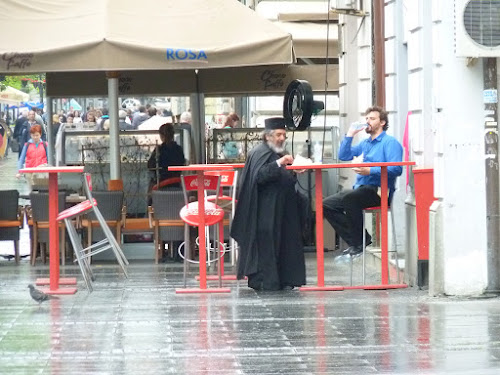 One of Belgrade's most interesting museums is the Nikola Telsa Museum on Krunska Street near Belgrade's embassy row. Tesla is the father of the modern electrical grid, Serbia's favorite son and Tom's favorite inventor. Below is a "Tesla Coil,'' an experiment that generates high-voltage electricty. Tom built 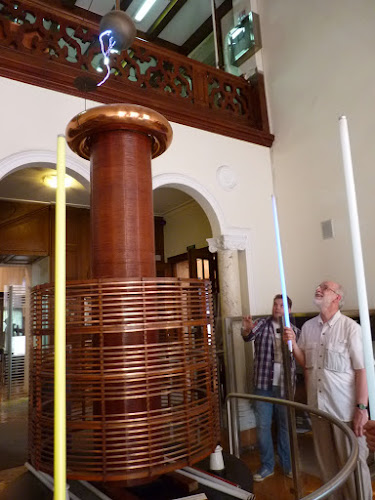 a small version of one of these when he was in high school. The museum gives a nice tour in English, with lots of opportunities for hands-on experiments. 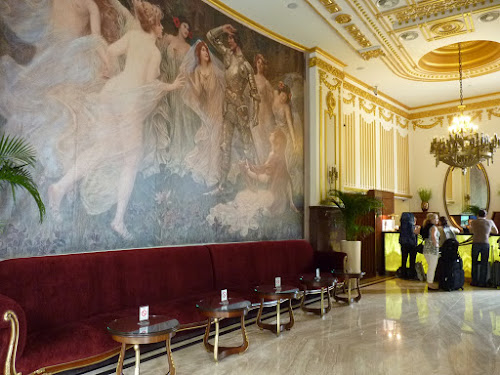 Belgrade has plenty of ugly Communist-style architecture, but also many well-preserved art-deco style buildings with beautiful interiors. The Hotel Moscow, above, was built in 1906 with Russian money. We liked the Zepter Museum, a modern art museum in a beautifully preserved former bank building decked out with lots of marble, wood and mosaics. 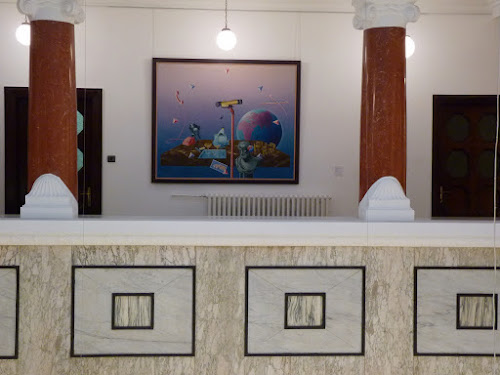 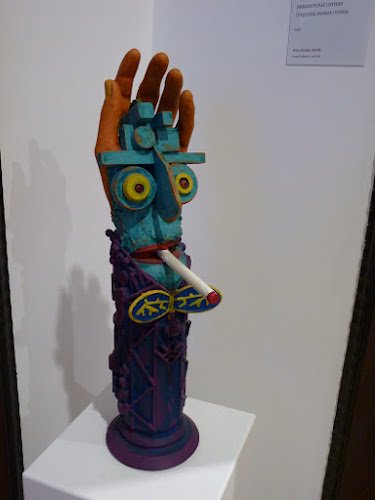 One of the things we love to do in a new city is take a guided bike tour. We've done these in Bangkok, Amsterdam, Prague, Beijing, Paris and other places, and always find them to be a relaxing and interesting way to learn about a new city. I Bike Belgrade offers four-hour group tours daily for $20, including bikes, a guide and a beer along the way. We joined eight Dutch tourists on an afternoon ride along paved bike 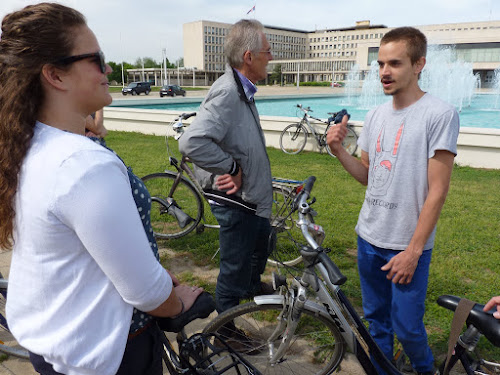 paths on the Danube and Sava rivers, and across one of the bridges to New Belgrade, a part of the city we probaly otherwise would not have seen. The Communist-era buildings built under the former Yugoslav government are huge and only partially used or totally vacant. Some will be left that way until the government sorts out who really owns or is entitled to the property. The massive former Hotel Yugoslavia, for instance, is just sitting there, abandoned, furniture still in place. 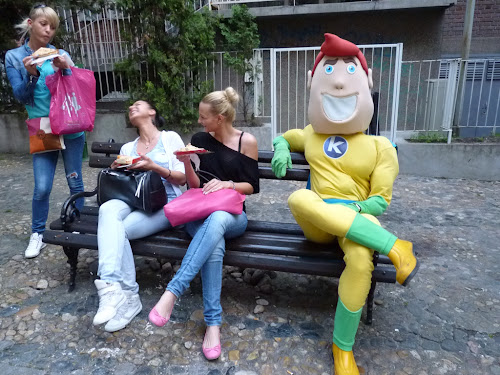