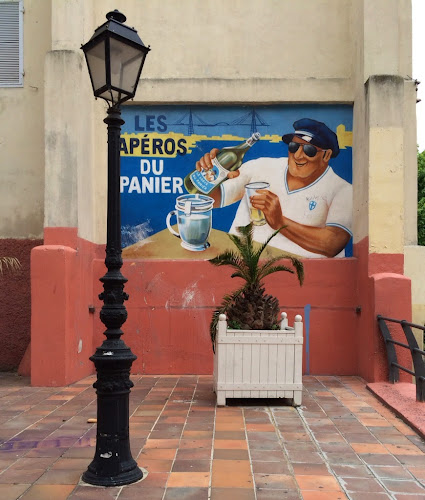 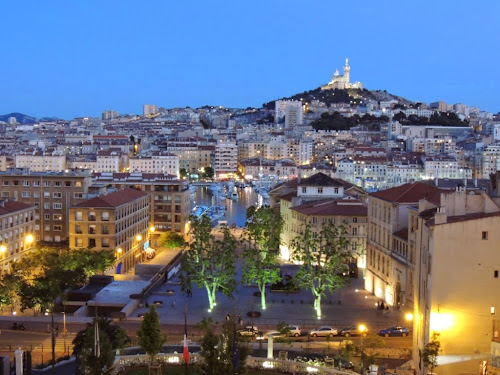 "In all things, we are the victims of The Misconception From Afar. There is the idea of a city, and the city itself, too great to be held in the mind." George Saunders.
I love this George Saunders quote about perceptions vs. reality when it comes to travel. Having spent the past four days on a first-time visit to Marseille, a Mediterranean port city and the second-largest city in France, I can say that if you haven't been here in the last year, you haven't seen Marseille. Forget the stereotypes about "port cities,'' crime and drugs (Remember the movie, the French Connection that focused on narcotics smuggling between Marseille and New York?). Marseille's status as a European capital of culture in 2013 sparked a major facelift. Everything - from buses to hotels to museums, restored palaces, pedestrian walkways around the Old Port or Vieux Port - is new. Ask anyone when anything of interest or importance was built or restored, and the answer will be "last year.'' 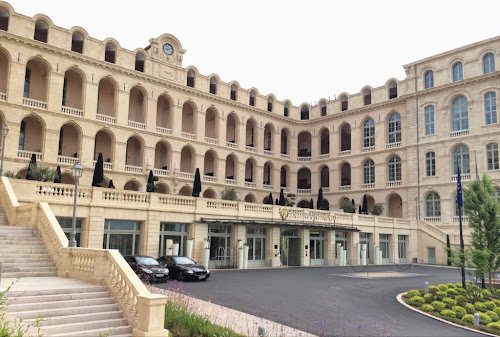 Here's a good example. This is a photo of the five-star Intercontinental Hotel Dieu which opened last year in a former 19the century hospital that closed in 2006. It's on the edge of Le Panier, the oldeset neighborhood in Marseille, where we've spent time researching a story I'm doing for VIrtuoso Life magazine. A few years ago, no one would have thought of visitng either place, but now both the hotel and the neighborhood are must-sees. The picture above of Marseille's Vieux Port and landmark 1850s church on the hill, Notre Dame de la Garde, was taken from the balcony of our room where we were lucky enough to spend a few nights as part of the reporting assignment. 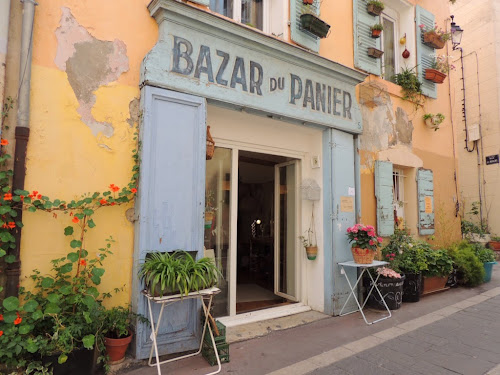 Le Panier is a neighborhood filled with steep, narrow streets, colorful houses with wooden shutters and laundry hanging from the windows, not unlike some parts of Naples, Italy. Close to the port, it was the first home to immigrants from Algeria, Corsica or Greece. Poverty and prostituion defined it for many years. Now, major gentrification is underway, with artists given special breaks on rent from the city to set up workshops or "ateliers'' fronted by retail storefronts where they sell their pottery, jewelry and clothing to tourists. 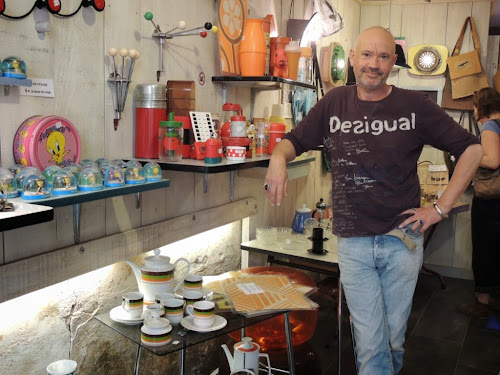 "Five years ago, this street was empty,'' says Phil Bacle, above, who runs a vintage shop called Espace 5.7.2 on Rue Le Panier. "Now there's an explosion.'' He specializes in "upcycled'' goods such as computer bags and purses made from black plastic bags and magnets made from matchboxes. 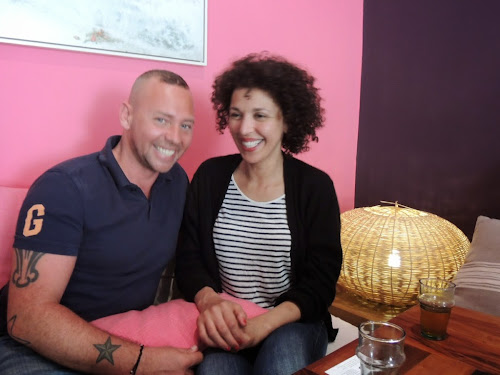 Sarah Nawi, and her husband, Alex Alloueteau, above, transformed an old garage into an elegant Moroccan restaurant called Place Lorette. Nawi made all the wooden tables herself and did all the decorating. Marseille has a large North African population, and there are dozens of restaurants specializing in couscous, mint tea and colorful Moroccan sweets. Nawi's take on her family's recipes is more "nouveau'' Moroccan, and includes a Sunday brunch, a newish fad in France where the normal breakfast is coffee and croissants. 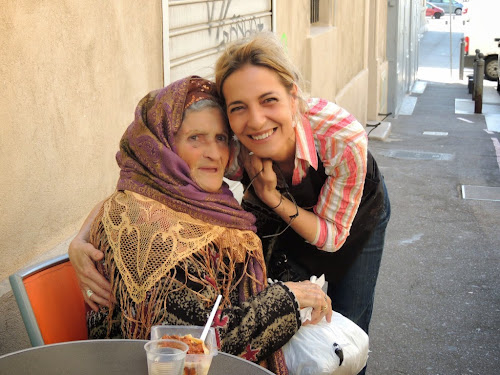 It's possible to eat well in Marseille for $100 or $10, and be equally satisified with both experiences. Pilar Domingez, above on the right, runs Le Panier Gourmond, a little eight-table restaruant hidden behind a take-out sandwich shop where we had a complete lunch - appetizer, main course, dessert and wine - for $11. The mix of people in this neigbhorhood is refreshing. Old-timers live among the newcomers. The woman on the left is a regular "take-out'' customer at Le Panier Gourmand. 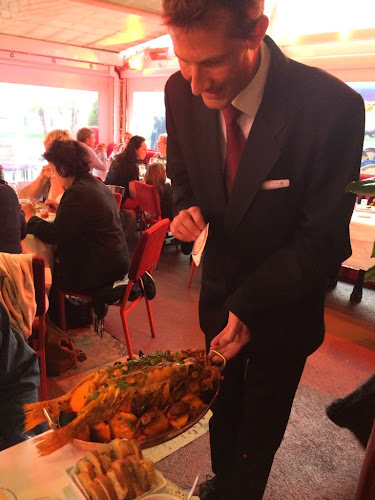 Bouillabaisse, on the other hand, which started out in Marseille as a simple fishermen's stew made from leftovers and cooked in sea water, has evolved into an elaborate (and expensive) multi-course meal. It's an event at Miramar, a restaurant on the Marseille's old waterfront where we spent a couple of hours one night. Miramar's bouillabaisse calls for six types of fish, including eel and spider crab. Added in are tomatoes, onion, garlic, saffron potatotes and a healthy slug of pastis, the ansis flavored liquor the French drink as an aperitif. The dish is served in two stages. For the uninitiated, a waiter explains everything. First comes the broth, eaten by itself as a soup, along with croutons which you rub with raw garlic cloves and spred with rouille, an orange mayonnaise flavored with saffron, cayenne and more garlic. 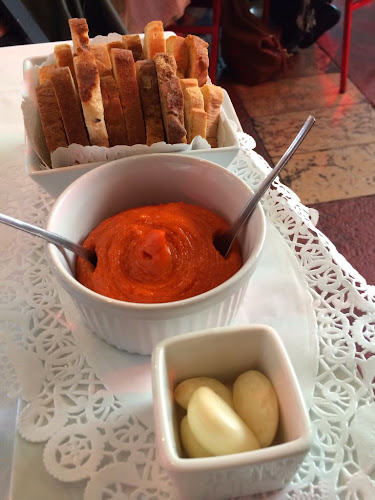 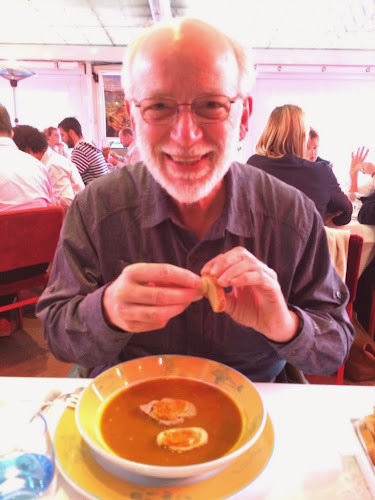 A group of Belgian tourists sitting at the next table encouraged us to go for the garlic, and spead the rouille on both sides of the croutons for "better flavor.'' Miramar's young chef, Christian Buffa, is considered one of the city's best, so I was surprised to find him on duty on a Sunday evening. He wandered into the dining room several times, and shared his recipe for a little shot-glass serving of tomato soup when I asked how it was made. His dream is open a restaurant in New York. Let's hope so! 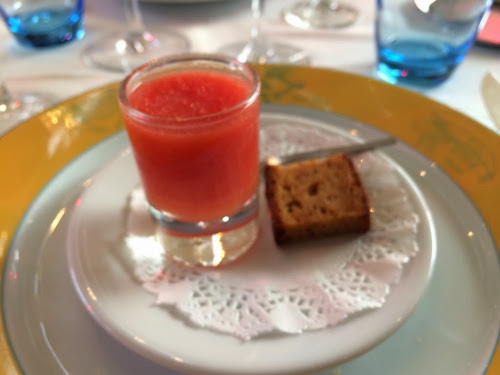 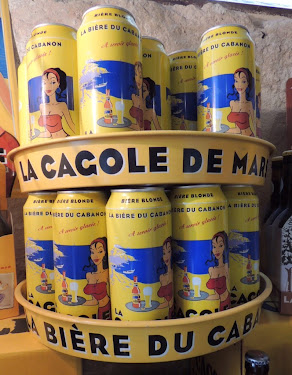 Almost as well-known as bouillabaisse is Cagole beer. The cans and bottles, featuring a photo of a big-busted woman in a tight red dress and matching lipstick, are collectors items. There's an empty bottle in my suitcase, and Tom is trying to figure out how to get two of the company's signiture glasses back home. The story is that long ago, women who worked as seamstresses and wore head coverings called "cagoules'' needed to find other work to supplement their income. They became known as "cagoles,'' our version of ladies of the night. 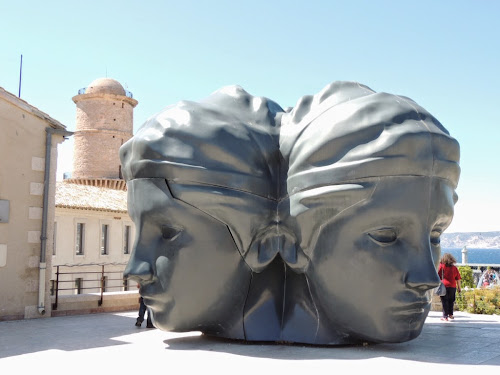 Here's a few more examples the of new Marseille. The faces above are at the MuCem, a massive new museum complex at the entrance to Vieux Port. 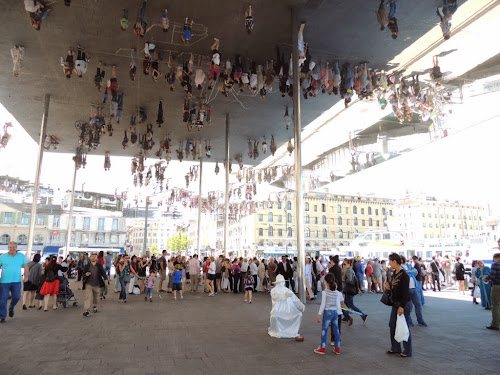 A new pedestrian plaza has replaced traffic lanes around the old port. A polished steel canopy reflects down on people walking by so they can see themselves when they look up. It was built as a sheltered event space, but people seem to have the most fun using it to take pictures of themselves standing upside down. Below is my attempt. 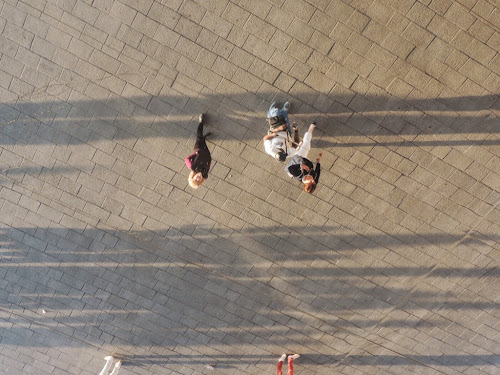 Marseille also has a "Big Wheel.'' It used to be at the beach, but someone had the idea to move it to VIeux Port last year and it's been there ever since. 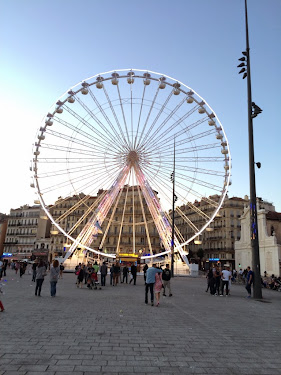 New hotels and shops are also opening along the Canebiere, a long grand avenue started in 1666 when Louis XIV ordered Marseille to be increased in size. Wander its side streeets and Arab markets, and you could be somewhere in Africa or India. 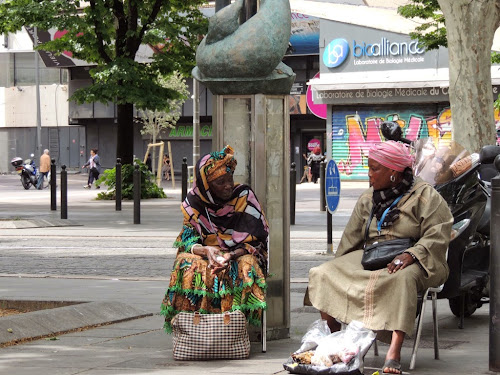 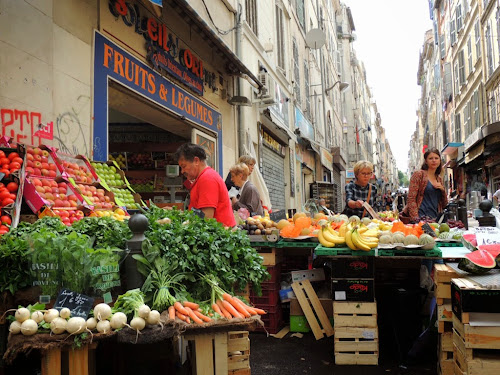 There's lots more to say, and I have a good story about meeting up for the day with a Marseille "Greeter,'' one of about 90 residenets so in love with their city that they volunteer their time to show visitors around at no charge. More on that later. Next stop: Tbilisi.