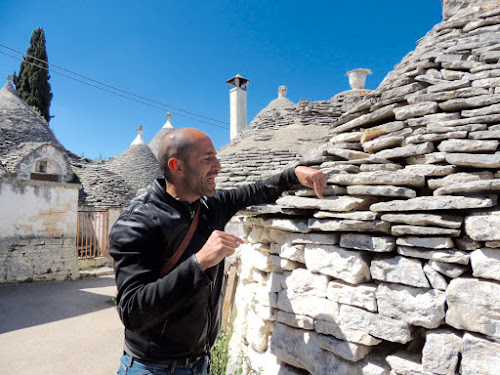 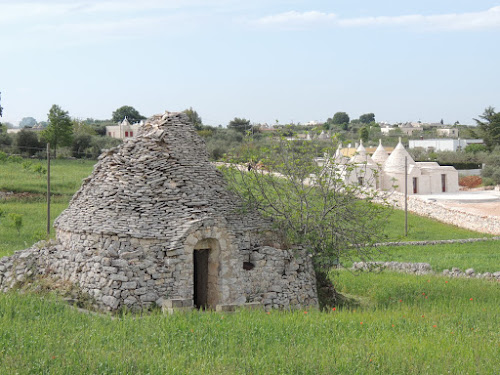 Stories vary as to how and why they came to be. Some mention a resemblance to the ancient round tombs found in the Roman countryside. Built without mortar, using prehistoric building techniques, they were easy to take apart by plucking out stones when the king’s tax collectors showed up, according to one explanation, because as “unfinished structures,” they couldn’t be taxed. 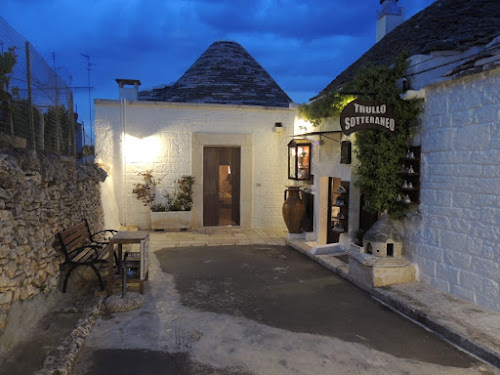 Our home in Alberobello

Abandoned and forgotten for years, the trulli have become a major tourist draw. There are trulli barns and doctor’s offices, homes, pizza parlors, gas stations, souvenir shops and B&Bs. Some are two or three centuries old or more; others are new. The largest concentration of original dwellings — more than 1,000 — are in the historic center of Alberobello, a UNESCO site. Many of them have been rennovated and are rented out as lodgings. 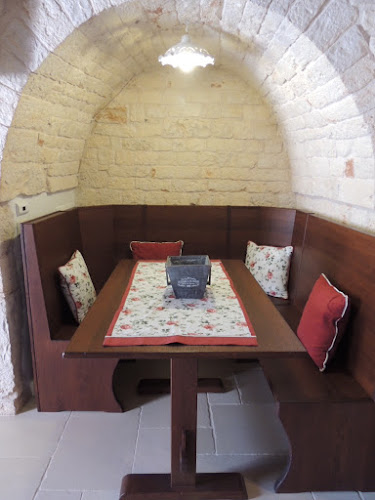 Ours' is large, one-bedroom suite with a bathroom, kitchen and dining area with curved stone ceilings and archways and tile floors. Trulli e Puglia, the company that did the renovations, owns 13 others and is working on seven more. It's a Palmisano family operation, with Mimmo running the renovation business and his brother, Lorenzo, running the bar where they serve a buffet breakfast.

Many of the trulli have been turned into souvenir shops selling trulli-shaped bottles of limoncello and toy banks. By day, the historical center of Alberobello has become a tourist theme park, catering to busloads of foreign visitors and student groups. In the evening, when the shops close and the tour groups leave, we trulli residents have the town to ourselves. 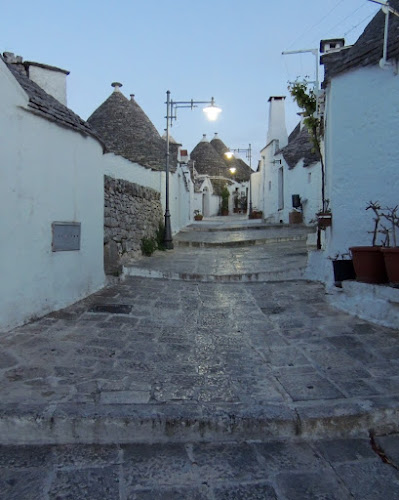 Evening on Via Monte Nero 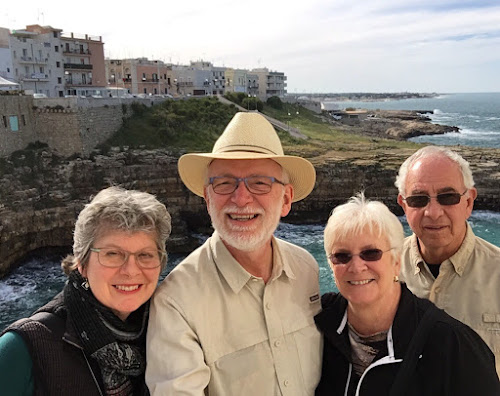 Alberobello is within a short drive of the sea and other interesting towns in Puglia. One of the prettiest is Polignano a Mare, perched atop a 20 metre-high limestone cliff above the Adriatic, We had lunch in the old town, then walked out to this panoramic terrace for gelato and great view. 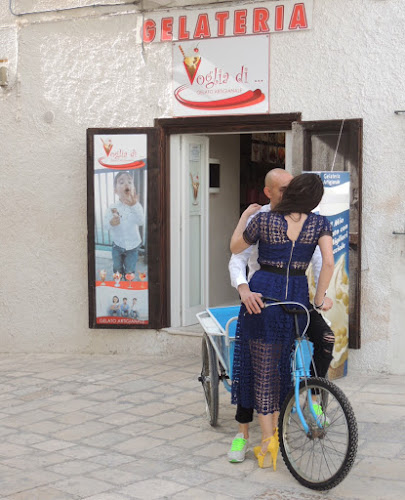 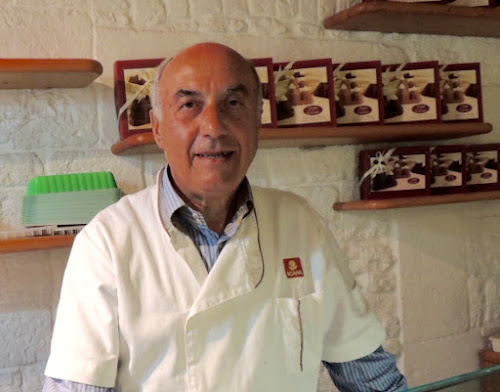 Back in Alberbello on our last evening, we found Giuseppe Tedeschi behind the counter in the Delizie chocolate and gelato shop, where Tom and I stopped 10 years ago when we first visited this part of Italy. He’s a candymaker who specializes in hand-made chocolates. His shop is busy during the day, especially when students are in town for field trips, but at night he has time to talk. He was downstairs when we dropped by, but took the time to come upstairs into the shop when I told the clerk we'd like to say "hi." I was happy to see his business survived the economic ups and downs of the last decade. Like nighttime in Alberobello, his confections are truly a treat.
Posted by Carol Pucci at 8:51 AM